In ‘Cyberpunk 2077’, there are multitudes of Cyberware available in every corner and with various modifications to choose from to enhance the player’s performance. While you can always pick them up as loots, you would need to take a trip to the Ripper Doc to have them installed inside your character’s body, and it is quite expensive.

According to Tech Radar, Ripper Docs offer upgrades with genuine impacts in both exploration and combat. However, with many options to choose from, it is great to know which ones are best to spend your hard-earned money.

Know more where to find the upgrades with this Cyberpunk 2077 best Cyberware locations guide to help you make the right decisions.

‘Cyberpunk 2077’ Cyberware locations: Where to find the top-tier tech

As mentioned earlier, you cannot just install the Cyberware on the go. Thus, a trip to Night City’s specialized surgeons who know everything is a must. They are experts about the futuristic modifications and each of them is qualified to do the necessary work.

To find the nearest Ripperdoc, VG24/7suggests looking for the forceps icon on the map. Simply talk to them and they can easily install your Cyberware, well that is if you got sufficient cash and Street Cred. You may also find new Cyberware in the Ripperdoc clinics, so you that is something to check out as well.

Upgrades cost a lot, so it is best to know the most essential Cyberware to spend your precious cash.

The Smart-Link Grip is free as loot and allows players utilize auto-targeting Smart weapons. After completing “The Heist,” look for Wakako in Westbrook and talk to her in the “The Gig” quest. She will give you a free pass to a Ripperdoc who will give you a Smart-Link tattoo in the north of the Night City.

The Dermal Armour may not be the most exciting, but it is a useful Cyberware implant. It slightly boosts the base armour that feels like you are wearing a whole extra clothing. It is cheap, by the way, and you can afford it early on in the game.

With 20 Street Cred, you can buy robot arms to make battering people better. Indeed one of the coolest upgrades, which are essential pick-up on any gameplay, well, depending on the character you run.

The arms come in two skews. First, the Mantis Blades are part of the Blades and Reflexes, which will let you lunge towards the opponents as well as slice up victims. The second one is the Gorilla Arms, which is built under Body and is needed for the street brawling. 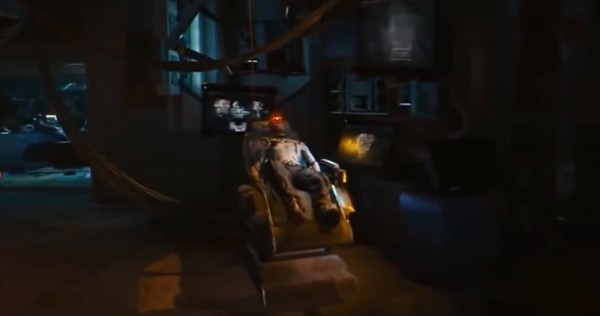 In Cyberpunk 2077, players will often get into fights that may slowly lower your health. While it is not the most difficult game, you might forget to heal yourself after a battle and go into another quest half-cocked.

The Heal-on-Kill Cyberware may be a great help as it restores a part of your health after defeating an enemy. It keeps you healthy without having to use a Bounce-Back.

This can be purchased for a quite hefty price to get more power or get the cheaper options, which restore 3% of your health after winning. Also, a Stamina option is useful for melee characters who utilize more of their Stamina Bar.

To build a stealth character, the Synaptic Accelerator Nervous System upgrade is highly essential as it slows down time when you got spotted by an enemy. It gives you a few seconds to go into hiding. While it is a little overpowered, it allows taking cover much easier.

This highly recommended Cyberware is a great arsenal addition and it only appears before the end of Act 2. It makes traversal much easier and lets you run more quickly when spamming the double jump. The double jump also lets you get massive extra options when stealthing and stalking around open areas.